Written by Virginia Kruta, Columnist at The Daily Wire

And the Supreme Court ruled that no, the president could not tell private corporations what health care policies they had to enact. And let’s not even get started on Biden’s approval numbers — which have been trending progressively downward at an alarming rate, particularly among independents. The most recent Quinnipiac polls have Biden underwater by double digits on every metric with approval ratings ranging from 25-33 and disapproval ratings over 50.

All signs point to a massive red wave when it comes to the 2022 midterm elections — which are now just under 11 months away — but the most dangerous thing Republicans can do right now assumes that the red wave is inevitable. First, they need to borrow a simple piece of advice from Sun Tzu’s “Art of War”: loosely translated as “Never interrupt your opposition when he’s making a mistake.”Simply put, that means that as long as Democrats are fighting amongst themselves, let them. Don’t get involved, don’t distract attention from them, and don’t make yourself a target.

Let the far left be the ones to attack Biden for “not doing enough by executive order”  You don’t have to tell the media that Biden failed to “make a deal” with moderate senators like Manchin and Sinema because the Squad is already lining up to do just that. Second, they need to prepare for the two months between the midterm elections and the new Congress’ arrival in Washington. Two months is a long time if the party in power is desperate enough — especially if Republicans win in big enough numbers to flip the House, the Senate, or both.

Members of Congress who know that their party will only have power for a short time can be more dangerous than members who believe they’ll hold onto power indefinitely, because they may feel as though they have nothing to lose. And third, they need to remember that the only things standing between them and every policy item on Joe Biden’s wish list are two moderate Senators (and maybe a couple more who just haven’t chosen to speak up yet) and a slightly-right tilt on the Supreme Court. 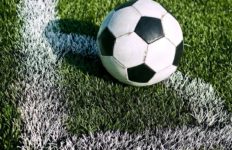 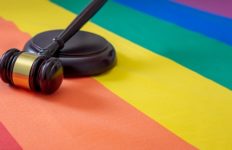