Article written by Virginia Kruta, editor at the Daily Caller

I am many other things as well, but according to the Attorney General of the United States, Merrick Garland, I am one of the millions of parents who might be domestic terrorists. Why would he say that you ask? Because I care what my children are learning at school, and because I will object – as often and as vocally as necessary – to teachers who encourage them to feel guilty because of the skin color with which they were born.

Garland sent a letter directing the Justice Department to use its authority to investigate “threats” that were allegedly made by parents who descended on their local school board meetings to protest mask mandates and Critical Race Theory. First, let me make one thing abundantly clear: I absolutely agree that, if real threats were made, the people responsible should be held accountable.

But I’ve seen the same viral videos that everyone else has. What I see isn’t parents who really plan to – or even want to – hurt teachers or school board members. I see parents whose children are miserable because they’re made to wear masks while participating in *physical education* and who have been pushed to the limit by the curriculum that demands children see each other as specific races or colors before they can see each other as human beings.

All of this goes back to COVID – the masks, obviously, but the CRT as well. Speaking as a parent who works from home, I often don’t see the specific assignments my kids are working on unless I ask or they need help. But when a quarantine plopped all five of them squarely in the middle of my “office,” I suddenly got a front-row seat to the Zoom classes, and I saw much more of what they were learning on a daily basis. And I am not the only one.

The reason Garland got involved comes down to something very simple: the vast majority of the parents who are responding to these issues by going to school board meetings are not domestic terrorists. But they’re also not activists. Let me say that again: they’re not activists. They are not astroturfed, paid protesters with professionally printed signs and attorneys on call to tell them what they definitely shouldn’t say to avoid an FBI probe. They’re just parents who want their kids to grow up treating everyone with respect, regardless of race, and understanding that abject fear and obedience with no grounding in science is no way to go through life.

But Garland might not be equipped to handle the likely result of his memo labeling thousands – and maybe even millions – of American parents as potential domestic terrorists. Fox News host Greg Gutfeld said it best when he warned, “If you want to red-pill millions of parents, call them terrorists and use the government to prosecute them.” He argued that the result would be millions of parents who were “politically reborn.”
“I’m for it,” he added. 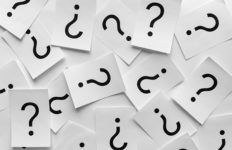