Technically, it’s known as Dobbs vs Jackson. Commonly, we now know it as the US Supreme Court case that overturned Roe vs Wade.

Here in St. Louis, the two-state governments in our listening area have taken two opposite approaches to laws about abortion – and that’s the point of the Dobbs decision.

The overturning of Roe does not, as many liberal pundits and “journalists” claim, take away a right to abortion. The decision recognizes that a right to abortion does not exist in the Constitution and any laws regulating, protecting, or outlawing it belong at the state level.

Back to the differences between the states here in our area: Attorney General Eric Schmitt and Governor Mike Parson have completed the tasks necessary to enact the “trigger law” that’s already on the books, making Missouri the first state to outlaw elective abortion.

In Illinois, Governor JB Pritzker has already announced that he’s calling a special legislative session to double down on the state’s already pro-abortion laws.

The debate over abortion is no longer centralized in Washington, DC. We now have 50 debates at the state level.

Constitutionally, the Dobbs decision is correct.

For those of us who are pro-life, this isn’t a final victory, it’s the beginning of a new era of debate, advocacy, prayer, and helping women who are in difficult situations.

To read what Missouri will be doing about Roe V. Wade, click here: https://fox2now.com/news/missouri-governor-signs-proclamation-ending-abortion/?utm_source=t.co&utm_campaign=socialflow&utm_medium=referral 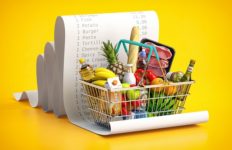 Stephen Moore: ‘Low-income and middle-income people are getting hammered by inflation’→ 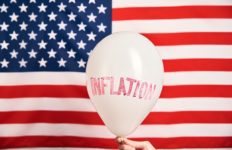 Moore to the Point: The Incompetence Reduction Act→