First Lady Jill Biden compared members of the Hispanic community to tacos, and she apologized for her cultural insensitivity.

And while I appreciate the fact that she was willing to own her mistake — even if the apology was delivered via a spokesperson — I’m wondering when other members of President Joe Biden’s administration might offer apologies for some of the things that are still impacting Americans.

The disastrous withdrawal from Afghanistan comes to mind, especially as the one-year anniversary approaches and Afghan allies are still behind enemy lines, waiting for help that may never come. We can have a discussion about the wisdom of “forever wars” and whether or not it was wise to leave Afghanistan — but an apology for the ham-fisted manner with which the withdrawal was carried out would be a start.

An apology for canceling Keystone XL would be nice as well, given the price of gas, the state of the economy, and the thousands of union jobs that would not have been sacrificed on the altar of “climate.”

Don’t we deserve an apology for the repeated gas-lighting on the economy? Or one for the completely predictable rampant inflation and gas prices that were already breaking records *before* “Putin’s Price Hike” was a thing? I’d like an apology every time it costs me $100 to fill my tank and twice that for a few days’ worth of groceries.

How about an apology for the outright attacks on law-abiding gun-owners who have the audacity to suggest that their rights shouldn’t be on the chopping block every time someone intent on committing murder does so with a firearm?

And I, for one, would like an apology for all the times this administration has suggested that human life is disposable — provided a mother wishes it to be so.

I’m not holding my breath. 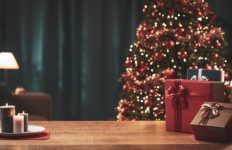