CNN anchor Don Lemon asked one of his Tuesday guests directly whether or not she believed Democrats were headed for “a trouncing” in the fast-approaching 2022 midterm elections — and she said that yes, that was “the expectation.”

Lemon posed the question to Senior Political Analyst Kirsten Powers, noting that fellow guest Scott Jennings had pointed toward a dramatic shift in Republicans’ favor and asking whether she saw the same writing on the wall. 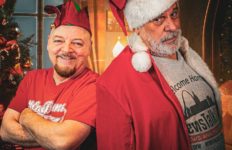