The chances of Mr. Johnson getting a reprieve from his scheduled execution date were already very slim to none. Representatives Bush and Cleaver effectively sealed his fate yesterday with their appeals to the Governor claiming racism and trial misconduct led to his conviction and death sentence. The ONLY chance Mr. Johnson had to have his death sentence commuted was for him – and his supporters – to take FULL responsibility for Mr. Johnson’s actions and ask (beg and plead if you have to) for mercy. Although I am an unabashed supporter of the death penalty, I take no solace in the fact that Mr. Johnson will forfeit his life next week for the senseless act he committed seventeen years ago.

FROM THE ST. LOUIS POST-DISPATCH:

Reps. Cori Bush and Emanuel Cleaver wrote to Parson, a Republican, on Tuesday, saying Johnson’s execution would represent “a grave act of injustice.”

Johnson, 37, is scheduled to die by lethal injection on Nov. 29 for killing Kirkwood police Sgt. William McEntee on July 5, 2005. Bush and Cleaver cited Johnson’s young age at the time of the murder — he was 19 — his history of mental illness, abuse he suffered as a child and a “conviction (that) is tainted by racism and misconduct” as reasons Parson should commute Johnson’s sentence.”Mr. Johnson’s cruel execution will not solve any of the systemic problems facing Missourians and people all across America, including the scourge of gun violence,” Bush and Cleaver said. “It will simply destroy yet another family and community while using the concepts of fairness and justice as a cynical pretext 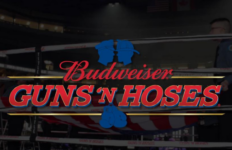