President Joe Biden will soon issue an executive order blocking any U.S.-based investments in the Donetsk and Luhansk regions in Ukraine, the first salvo of a “maximum” sanctions package in response to Russia’s escalating actions against Ukraine.

The announcement comes immediately after Russian President Vladimir Putin told the world on Monday that Russia will recognize the sovereignty of the Luhansk People’s Republic and the Donetsk People’s Republic. National security experts believe Putin’s own announcement will pave the way for separatist leaders to request “aid” from Russia in fighting off Ukraine’s military forces.

Moore to the Point: So Long, Joe→ 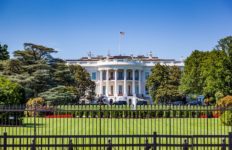